Transport Canada is advising the public of a potential safety concern with respect to the Britax Chaperone Infant Restraint system. A total of 3,600 units manufactured between September 1, 2010 and April 31, 2011 inclusive are potentially affected. These models are:

Company Action and Consumer Recourse: Britax Child Safety, Inc. opened an investigation to determine the cause of the defect through examination of returned seats as well as by dynamic and static testing. The company has designed and tested a fix for the problem.

All registered owners and retail outlets with affected car seats will be sent a letter explaining the situation, and a repair kit consisting of a harness adjuster clip and instructions for its attachment. Non-registered owners should contact Britax Child Safety, Inc. at their toll-free number (1-888-427-4829) to receive a repair kit free of charge.

Given that the risk of injury resulting from this deficiency is considered high, Britax Child Safety, Inc. has indicated that the public should discontinue use of the product if the harness adjuster has separated from the shell of the car seat and should contact them immediately.

A public notice was issued by Transport Canada on February 3, 2012, and further information on the Britax Chaperone Infant Restraint system can be found on Transport Canada's website at: http://www.tc.gc.ca/eng/roadsafety/safedrivers-childsafety-notices-2012p02-1279.htm 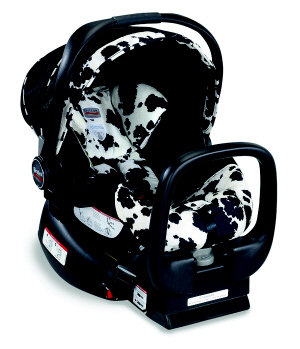