This CASA is issued to inform owners and maintainers of Cessna U206 series aeroplanes of a potential unsafe condition regarding corrosion of the Elevator Trim Actuator.

Transport Canada Civil Aviation (TCCA ) has received a Service Difficulty Report (SDR ) describing an in-flight failure of the threaded rod end of the trim tab actuator (P/N  1260074-1). The threaded rod end fractured and separated from the actuator assembly which then jammed the elevator assembly. When the jam cleared, a serious tailplane flutter occurred that caused major damage to the elevator, elevator trim tab and the horizontal stabilizer. 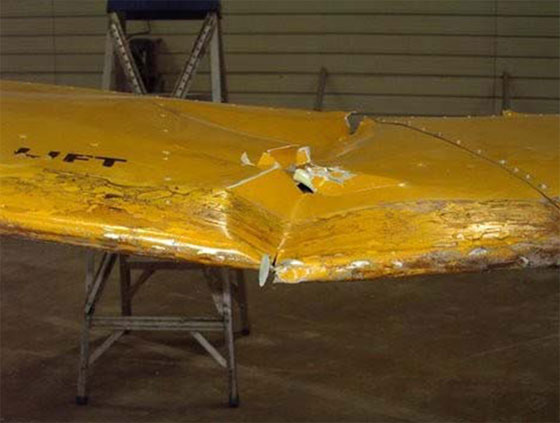 Shortly after departure, the pilot noticed that only limited elevator authority was available. To prevent impending the airframe stall, the pilot increased the engine power and pushed on the control column to get the nose of the aeroplane down. The pilot suddenly heard a loud noise, which was immediately followed by significant airframe vibrations. Fortunately, the pilot was able to regain enough elevator (pitch) authority to execute a forced landing at the nearby airfield.

Once the elevator jam cleared itself, the fractured rod end (still attached to the pushpull tube) began to thrash and flail about, causing significant damage to the tail section. The tailplane “flutter” (unstable oscillations) became so severe that both the front and rear spars of the R/H horizontal stabilizer completely fractured. Although, the R/H elevator assembly hinges were still attached, the R/H elevator and horizontal stabilizer assemblies were severely bent, twisted and buckled.

A follow-up investigation found that the threaded rod end (P/N  0310362-5) of the elevator trim tab actuator had completely fractured. The threaded rod end is mated into a long screw (tube) assembly (P/N  1260049-1) that fits inside the body of the actuator assembly (P/N  1260074-1). When the fracture occurred, the now failed trim rod managed to jam the R/H elevator to the down position. Considerable post-fracture damage such as pounding, rubbing and scratching was evident. 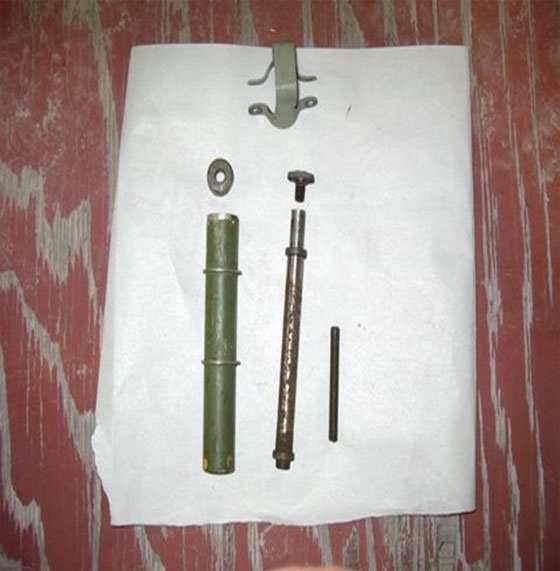 The subject actuator assembly was purchased by the owner as being newly overhauled in August of 2003 from a local source, however, the time since new (TSN ) is unknown.

Currently, there are two different actuator assemblies available. The subject aeroplane was configured with the older-style actuator that is clamped to a bracket and attached to the rear spar of the horizontal stabilizer. The newer style trim tab actuator (P/N  1260149-1) has a grease nipple on the actuator body for ease of lubrication and is secured onto the elevator rear spar position using 4 bolts.

Both types of actuators are disassembled, inspected and lubricated and/or replaced during the scheduled 1000 hour/3 year overhaul inspection.

The Canadian Transportation Safety Board Engineering Report concluded that the threaded rod failed in reverse bending fatigue (high cycle – low stress) at the 1st or 2nd thread from the shank. The actuator was installed in the overhaul condition in August of 2003 at 7477.5 total airframe hours. The failure occurred at 10 303 total airframe hours; thus the trim tab actuator assembly was in service for 2825.5 flight hours since overhaul. During the period of 6 years, the actuator assembly was visually inspected and checked for freeplay every 50-flight hours in accordance with the operator’s own specific requirements. There were no visible defects noted, nor any replacement recorded in the aircraft records.

The TSB Report also concludes that the chemical composition and thread dimensions of the trim tab actuator screw were in agreement with the manufacturers’ specifications. Traces of corrosion were found on the threaded rod end and on the outer surface of the screw indicating moisture ingress. Multiple origin sites of reverse bending fatigue suggested that it was not a surface defect that caused the initial fatigue, but rather a general stress concentration in the thread root.

Cessna Aircraft Company agrees mostly with the TSB analysis and conclusions. Cessna stated that significant corrosion was found on the internal and external threaded screws and the grease showed evidence of old-age and water content. This raises the possibility of corrosion related fatigue having occurred in the initial stages of cracking on the elevator tab screw.

Mechanical failure of any flight control linkage can result in loss of control and severe “flutter” that can significantly overstress the airframe. In this case, a catastrophic event almost occurred as the R/H horizontal stabilizer and elevator had nearly separated from the aeroplane.

Defects, malfunctions and failures occurring on aeronautical products are to be reported to Transport Canada, Continuing Airworthiness in accordance with CAR  521 mandatory Service Difficulty Reporting requirements.

Note:
For the electronic version of this document, please consult the Quick Links section of the following Web address:
https://tc.canada.ca/en/aviation/aircraft-airworthiness/aircraft-certification

The Transport Canada Civil Aviation Safety Alert (CASA ) is used to convey important safety information and contains recommended action items. The CASA strives to assist the aviation industry's efforts to provide a service with the highest possible degree of safety. The information contained herein is often critical and must be conveyed to the appropriate office in a timely manner. The CASA may be changed or amended should new information become available.