With approximately 366 remaining in the world, North Atlantic right whales are endangered and the Government of Canada continues to take action to protect this iconic species. The 2021 measures remain focused on two main concerns: collision with vessels and entanglement with fishing gear.

Canada’s 2021 measures use the best available science, data, and input from industry, provincial governments, Indigenous communities, academia, non-governmental organizations, and other stakeholders, including partners in the United States. 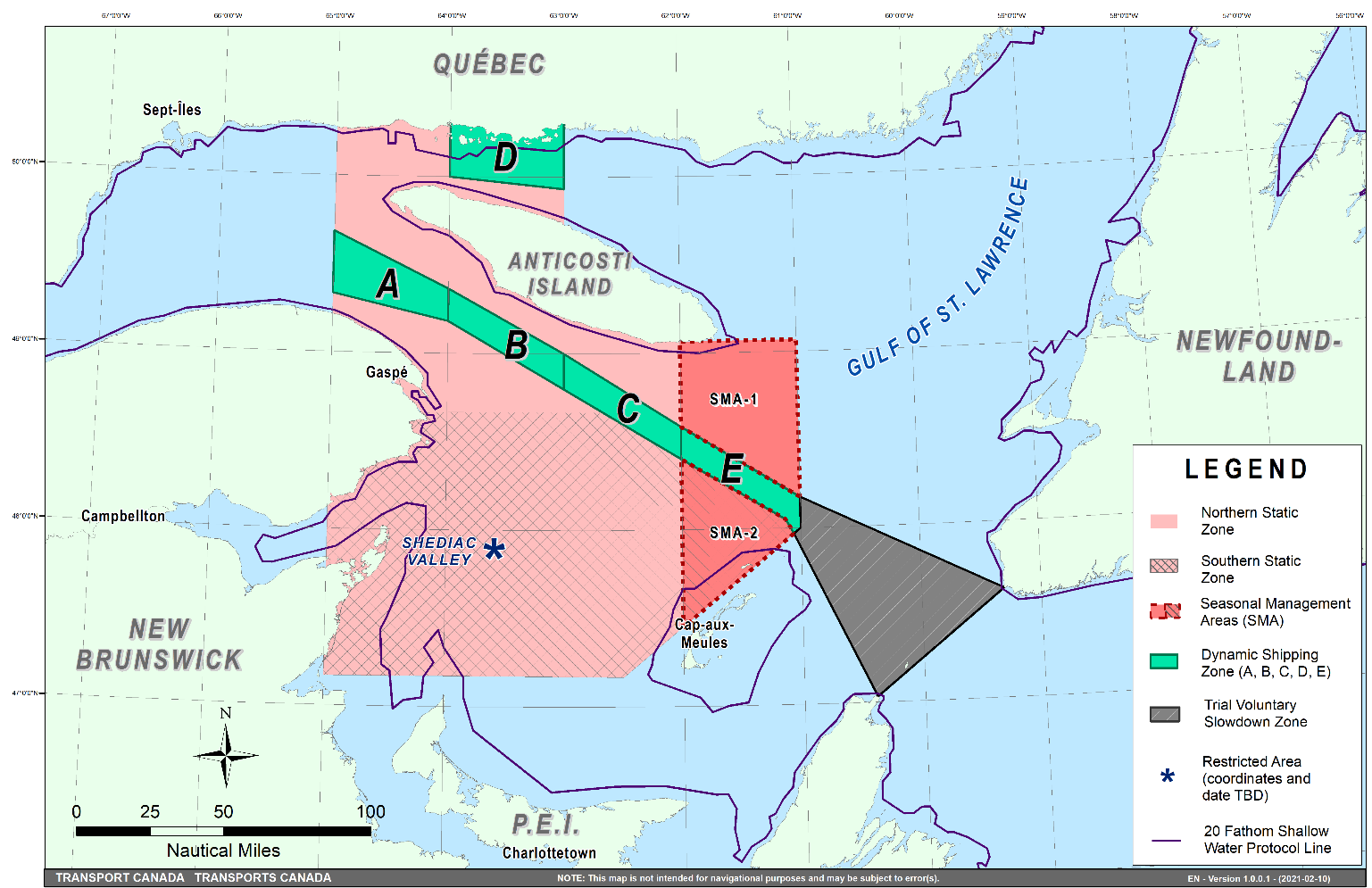 Vessel traffic management measures for 2021 aim to more efficiently target risks to North Atlantic right whales from vessel traffic, especially as they migrate in and out of the Gulf of St. Lawrence in greater numbers in the spring and fall, while also maintaining the safety and security of mariners. Building on experience from previous years, the measures incorporate an additional year of data on whale distribution, fishing and marine transportation patterns, feedback from stakeholders, and a robust and varied approach to surveillance.

Vessel traffic management measures in 2021 for all vessels more than 13 metres in length are listed below.

Measures carried over from 2020 that will be re-implemented again this year are as follows:

The National Aerial Surveillance Program will be Transport Canada’s primary tool to monitor for North Atlantic right whales in the shipping lanes north and south of Anticosti Island. To complement the surveillance platform, a Remotely Piloted Aircraft System (or drone) and an underwater acoustic glider will once again be incorporated into the monitoring plans for part of the season. This year, planning is underway to include an additional underwater acoustic glider to broaden whale monitoring in the Cabot Strait. 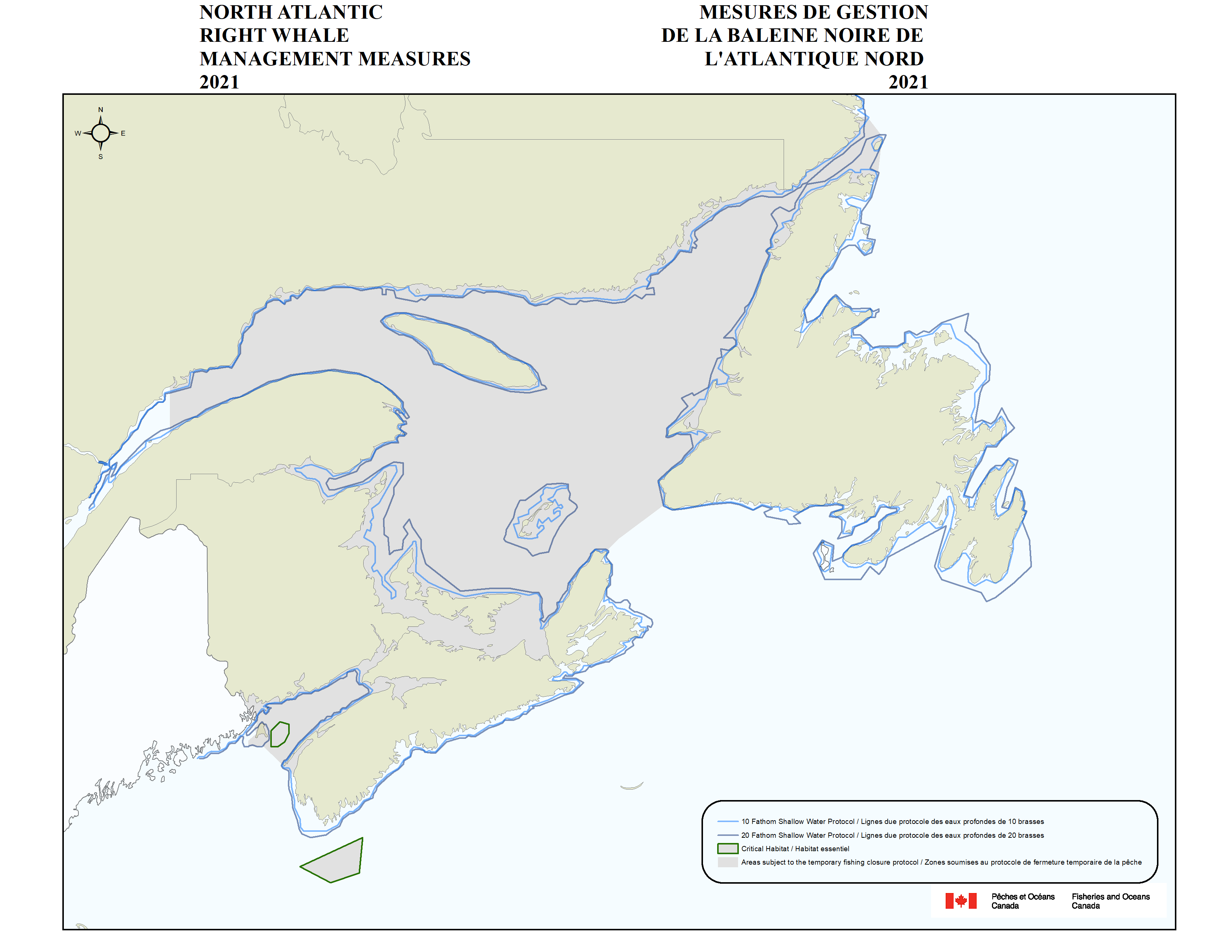 Provisions for waters shallower than 20 fathoms:

Mandatory reporting of interactions between vessels or fishing gear and marine mammals: