The national Oceans Protection Plan is the largest investment ever made to protect Canada's coasts and waterways for future generations, while growing our economy. 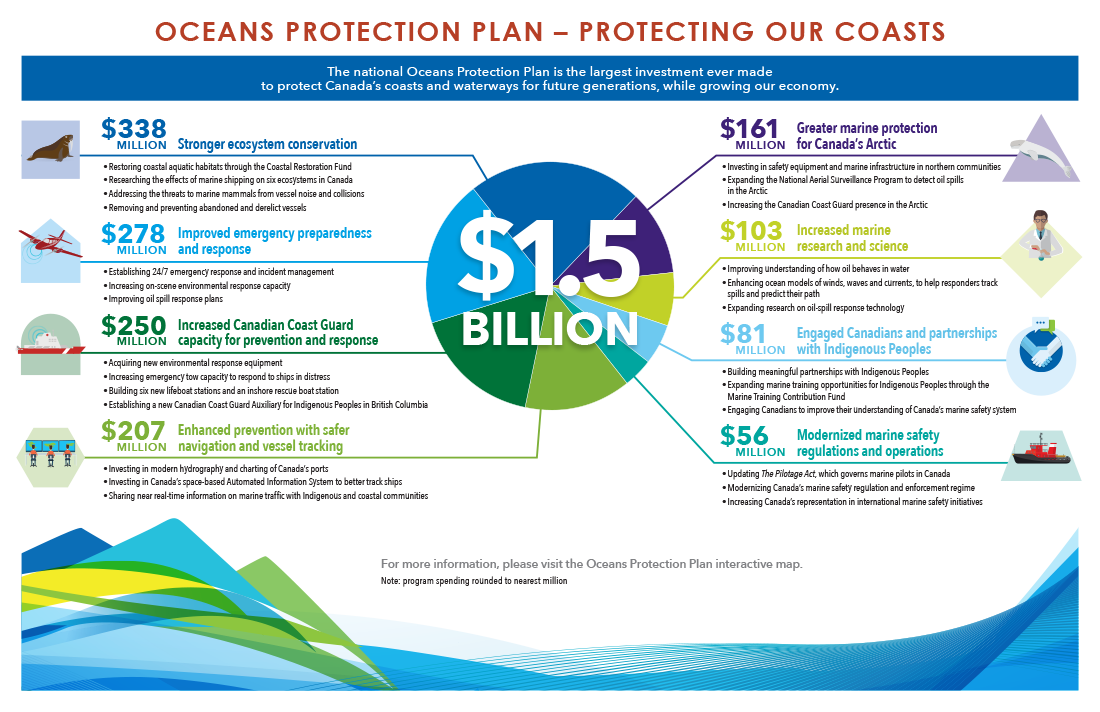