Though ballast water has traditionally been viewed as the main carrier for invasive species, they can also be introduced through hull fouling. Hull fouling is the process whereby organisms, including invertebrates, attach themselves to ship hulls and other submerged appendages of the ship. The organisms latch onto submerged surface areas, creating small, living communities that travel with the ship to areas where they can then be introduced as invasive species. Hull fouling and the associated risks of introduction of alien species have traditionally been reduced by the use of various anti-fouling systems.

Until recently, a popular system involved the use of tributyl tin-based paint on hulls and submerged areas.

It has now been established that tributyl tin easily leaches from paint and, when released, is highly toxic to marine life. This substance was recently banned under the terms of a recent IMO Convention, the International Convention On The Control Of Harmful Anti-Fouling Systems On Ships, 2001 (AFS) , and subsequent IMO directives. Canada’s regulatory regime for the control of anti-fouling systems, which effectively implements the provisions of the AFS Convention, is contained in Division 7 of the Regulations for the Prevention of Pollution from Ships and for Dangerous Chemicals. It is possible to prevent hull fouling using alternative methods, such as cleaning hulls regularly, and other systems under development. The interaction of ship and ice is particularly abrasive on hull paint, and special measures are often necessary. 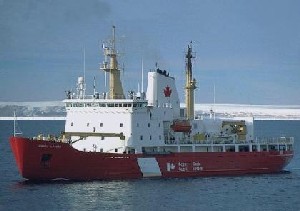