In the western Arctic, Northern Transportation Company Limited (NTCL) is the largest marine operator for the Mackenzie River Watershed (including the Mackenzie River and Great Slave Lake), the Arctic coast and islands, and Alaska. Utilizing a fleet of tugs and dual-purpose barges, NTCL 's principal concerns are bulk petroleum products and dry cargo for communities, defence installations, and oil and gas exploration sites across the North.

The government of Nunavut coordinates the eastern Arctic sealift of dry cargo and bulk fuel for government departments, communities and residents. Other shippers using sealift services may ship under the same terms and conditions of the contract. 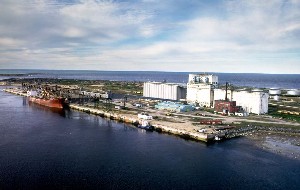