In North America a number of jurisdictions (national, state, and provincial) are currently considering legislation to reduce energy costs, vehicle emissions, and crash risks by limiting the maximum operating speed of large trucks on freeways and highways.

Ontario has introduced Bill 41, Highway Traffic Amendment Act (Speed Limiting Systems) on March 19, 2008 to mandate speed limiters for commercial vehicles (Legislative Assembly of Ontario, 2008). "Bill 41" is a proposed amendment to the Ontario Highway Traffic Act which would require large trucks to have speed limiters installed, and sets the maximum truck operating speed at 105 kilometres per hour (km/h). Primary supporters of this legislation are the Canadian Trucking Alliance (CTA) and the Ontario Trucking Association (OTA). Truck speed limiters legislation has also been introduced in the Province of Quebec that requires a vehicle already equipped with a speed limiter to have it activated and the maximum allowable speed to be set at 105 km/h. Speed limiters have also been introduced in the European Union and the Australian state of New South Wales.

The basic aim of this study is to assess the safety implications of mandating speed limiters for large trucks (weight greater than 11,794 kg) for different maximum speeds including the 105 km/h threshold suggested by the recent Ontario and Quebec legislation. The term "safety" in this report encompasses both the expected frequency of crashes and their severity when large trucks are involved for different types of highways and traffic conditions.

As the basis for investigating the safety implications of mandated truck speed limiters, this study develops a microscopic traffic simulation model that provides accurate "real time" estimates of safety performance (or crash potential) and assesses how this performance measure is affected by different speed control strategies applied to different highway geometries and traffic scenarios.

For a given vehicle pair, safety performance is expressed as a function of critical vehicle speeds and deceleration profiles that could result in increased traffic turbulence and crash risk. The measure is referred to as a Crash Potential Index (CPI). For a given time increment and vehicle trajectory, CPI is expressed as the probability that a following vehicle deceleration rate needed to avoid a crash with a lead vehicle (or DRAC) exceeds the maximum available vehicle deceleration rate (or MADR). Additional measures of safety performance have been derived from CPI, such as: average CPI/vehicle (CPI/veh), 85th percentile CPI (CPI85) as well as the number and percentage of vehicles in conflict for a pre-set conflict threshold.

A microscopic traffic simulation model has been calibrated and validated that yields accurate and reliable measures of CPI in real time for different road geometries and traffic scenarios. Accuracy is ensured by considering "best estimate" parameter inputs for simulation based on observed vehicle tracking data.

The observational vehicle tracking data used to calibrate and validate safety performance were obtained from the Next Generation SIMulation (NGSIM) program administered by the Federal Highway Administration (FHWA, 2007).

The relevant traffic scenarios considered in this study are:

In addition to these geometric and traffic scenarios, several maximum speed control strategies are considered for large trucks:

The first two strategies were adopted to reflect recent Ontario and Quebec speed control regulations. The remaining maximum speed control strategies have permitted an appreciation of the sensitivity of safety to maximum speed thresholds. In order to obtain an appreciation of the results of speed limiter safety for an existing corridor, the model has been applied to the Eastbound QEW freeway in Halton Region for the segment from Guelph Line to Burloak Drive.

As noted by Gettman and Head (2003a) the issue in linking safety performance to crash occurrence lies not on whether these indicators can adequately replicate actual crashes, but rather on whether these indicators can be correlated with traffic attributes that reflect unsafe situations at a given location and time. This does not mean that the surrogates need to correctly predict crashes, but rather that for a given traffic stream they should distinguish between a high risk (crash occurrence) and a low risk situation (non crash occurrence).

A procedure that has been adopted in this study compares simulated CPI measures to observed crash occurrence for a sample of crashes extracted for a 5 year period (1997-2001) from an instrumented segment of the QEW freeway in Peel Region. For these crashes the instrumented system (FTMS) is able to provide speed, volume and occupancy values in 20 seconds time slices at different loop detector stations. The use of FTMS loop detector information and crash logs permits an analysis of simulated safety performance for the traffic stream in real time in the vicinity of the crash for a period of time preceding each crash.

Two safety measures have been simulated for each of a 20 crash sample extracted from FTMS logs: (1) average CPI/veh and (2) average CPI85. These measures were obtained in one minute increments for a period of 5 minutes prior to the crash. The CPI/veh measure was obtained by summing all individual CPI values divided by the number of vehicles in the simulation. The results are illustrated in Exhibit A for two types of crashes, low severity or property damage (PDO) and high severity or non-fatal injury. The average CPI/veh was obtained by summing the total CPI for all vehicles and crashes and dividing by the volume for all crashes. This average was determined for 10 independent simulations. 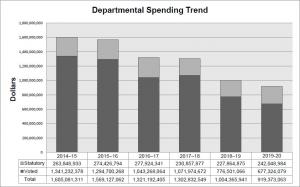 Exhibit A: Safety Index versus Time for Low and High Severity Crashes for QEW 20 Crash Sample

For the 20 crashes illustrated in Exhibit A, a reduction in safety performance (increase in crash risk) with approaching crash time was observed. This relationship appears to be non-linear and suggests that the average CPI/veh prior to the crash increases as the crash time is approached. Furthermore, the relationships illustrated in Exhibit A also suggest an upward shift in the CPI/veh profile as the severity of the crash is increased. This supports the view that higher values of CPI/veh reflect increased crash severity.

This study produced a number of significant results:

The QEW case study application confirms the findings obtained from the sensitivity analysis of different traffic scenarios and speed control strategies. The introduction of speed limiters set at 105 km/h yields statistically significant safety gains along the case study corridor as compared to the base case (no mandatory limiters). A total of 30 simulation runs were performed, with an average 16% gain in safety (CPI/veh). In 21 cases, positive safety gains were observed. The differences in the CPI/veh between the base case and the limiter case yielded significant positive values suggesting that for the corridor, limiters resulted in safety gains.

A parallel investigation of the safety implications of limiters for two lane rural highways was carried out, based on a review of previous studies supplemented by an analysis of speed profiles for large trucks from Alberta and Saskatchewan and a review of speed limit policies across Canada. The results show that speed limits on two-lane undivided rural highways are generally in the range of 80 to 90 km/h. However, two-lane undivided rural highways can have posted speed limits of 100 km/h. On these highways with higher posted speeds the data shows that approximately 40% of the trucks travel at speeds greater than 105 km/h.

The implementation of mandatory speed limiters on rural two-lane highways may lead to an increase of passing manoeuvres onto the opposing traffic lane. The possibility for increased unsafe passing manoeuvres poses special safety challenges where trucks are subject to a maximum speed set by limiters for two lane undivided rural highways. Further study of this situation is required before a more definitive statement can be made concerning the safety implications of truck speed limiters for this type of highway.