Natural wildlife movements among these land uses often traverse air traffic routes on the ground and in the air, including approach and departure paths, runways and taxiways. In response to the resulting risks to aviation safety, Transport Canada recently completed development of the airport birdhazard risk analysis process (ABRAP)—a comprehensive, multi-step tool to support collective efforts by airport-area stakeholders to reduce wildlife hazards. 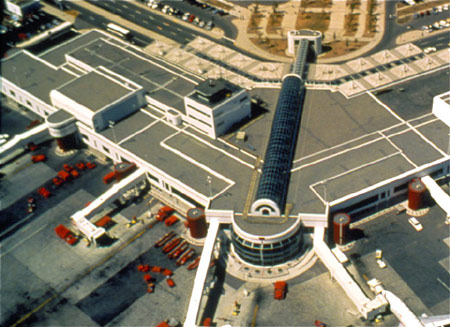 ABRAP is introduced in Safety Above All: A coordinated approach to airport-vicinity wildlife management. This new web-based Transport Canada publication provides a concise overview of coordinated measures that airport operators, property and business owners, and governments at all levels can implement to manage wildlife hazards in areas around Canada’s airports.

Toward a Risk- and Performance-based Model

Since the late 1980s, Transport Canada’s TP 1247, Guidelines for Land Use in the Vicinity of Airports, has proven a useful and effective tool, primarily for municipal land use zoning. TP 1247 was developed to help planners and legislators become familiar with airport operational characteristics, and how they are influenced by land uses beyond airport boundaries.

Although TP 1247 remains relevant1, a variety of factors in the intervening years have highlighted its shortcomings in addressing contemporary challenges: 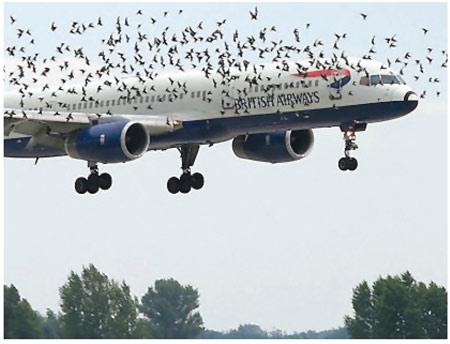 1 The airport bird-hazard risk analysis process complements rather than supersedes provisions of TP 1247.

ABRAP began to take shape during work to establish federal airport zoning regulations for the proposed Pickering airport east of Toronto. An avifauna study commissioned by Transport Canada in 1996 included recommendations for bird-hazard zones around the site.

Wildlife and land-use issues were complex. Numerous changes in land use near the airport site had affected significantly the behaviour of local and migrant birds. Stakeholders would include up to nine municipalities and many landowners.

Transport Canada determined that a risk assessment process was needed to support restrictions associated with the birdhazard zones. The resulting document—Bird Use, Bird Hazard Risk Assessment, and Design of Appropriate Bird Hazard Zoning Criteria for Lands Surrounding the Pickering Airport (see Resource Access)—sets out a new framework in which the relationship between land uses and bird species are categorized to predict risks to aircraft in various phases of flight. Authors Rolph Davis, Ph.D. (LGL Limited), Terry Kelly (SMS Aviation Safety Inc.) and Captain Richard Sowden (Avian Aviation Consultants) applied this framework to propose the creation of bird-hazard zones that differed dramatically from the circular patterns traditionally drawn from an airport’s geographic centre. These new zones would be mapped according to flight paths of aircraft types that, in the case of Pickering, may eventually be accommodated at the airport. 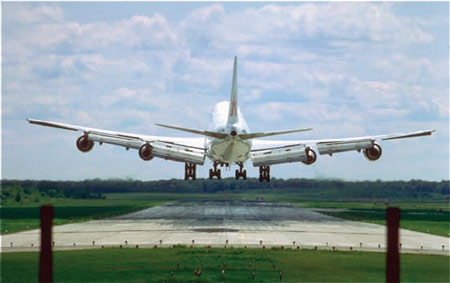 Clearly, it was in the interest of all stakeholders not only to achieve a thorough awareness of airport-area wildlife hazards, but also to cooperate and improve safety.

In 2002, authors Davis, Kelly and Sowden, working closely with TC wildlife control specialists Bruce MacKinnon and Kristi Russell (currently a consultant with Beacon Environmental in Markham, Ontario), began to formalize the airport bird-hazard risk analysis process as a tool that could be used at existing and proposed airports throughout Canada. In practice, ABRAP’s performance- and risk-based characteristics were expected to provide flexibility in respecting and accommodating the unique wildlife, jurisdictional and land-use challenges faced by any airport.

A 2003 Transport Canada system safety review at Vancouver International Airport (YVR) provided an opportunity to apply, test and further refine ABRAP. YVR faced considerable bird hazard issues due primarily to its coastal location. Application of ABRAP provided clear evidence that other hazards arose from the density and mix of land uses outside the airport’s boundaries. The review also revealed the extent to which aviation stakeholders in the past have overlooked airport-vicinity land uses as sources of wildlife hazards that may threaten aviation safety.

The YVR study helped shape ABRAP into an effective, fully functional process; however, Transport Canada was concerned that its technical complexity would prove inaccessible to a non-aviation audience. Since broad airport-area stakeholder cooperation is key to ABRAP’s success, the production team set out to create an overview that would explain and promote the process to individuals and organizations unfamiliar with the aviation industry and its specific challenges. This audience includes provincial and municipal politicians, planners and parks and recreation staff; property developers; airport-area land and business owners; conservation groups; and the public.

The result was Safety Above All: A Coordinated Approach to Airport-vicinity Wildlife Management (SAA). This webbased document presents ABRAP in its simplest form, summarizing the need and explaining the process to a lay audience. Where ABRAP delivers sound technical guidance for the riskanalysis process, SAA underscores the value and importance of this crucial safety-management activity. Together, these tools promote a mechanism that can help airport and municipal authorities survey and categorize off-airport land uses in terms of their potential to attract high-risk wildlife.

A range of applications

As part of a broader policy to enact a performance-based regulatory program, Transport Canada recently amended Canadian Aviation Regulation 302 with the introduction of the Wildlife Planning and Management regulation. Most certified airports throughout Canada are now required to develop and implement wildlife management plans that enable the systematic identification and mitigation of wildlife hazards. ABRAP and SAA will provide airport operators with valuable support in conducting the risk assessments required under the new regulation. However, the process can be applied in a range of circumstances:

Airport operators can use the knowledge gained through the creation of BHZs to develop or modify airport zoning regulations that restrict future high-risk land uses, for example. Perhaps more importantly, Safety Above All outlines a broader holistic use of ABRAP findings.

Airport operators can work with off-airport stakeholders to review the risks of potentially hazardous wildlife that may be attracted to a particular land-use, and can inform land-use owners and operators about resources—such as reference materials and professional support—that are available to help mitigate risks.

One of the primary benefits of the airport bird-hazard risk analysis process is its support for all system stakeholders. ABRAP recognizes individual stakeholders as equal partners in efforts to improve aviation safety. The process also promotes collective efforts, demonstrating that there is not only strength in numbers, but also potential economics of scale. For example, owners of neighbouring land uses could compare efforts and find ways to combine skills, share resources and streamline mitigation activities.

The key to greater safety is coordination, collaboration and integration. By working together, airport operators, property and business owners, and governments at all levels have the opportunity to apply ABRAP and reduce land-use wildlife hazards and improve operational safety at airports throughout Canada.

The web-based version of this bulletin enables the download of these primary documents:

Safety Above All: A coordinated approach to airport-vicinity wildlife management

The following list includes reference documents used in the development of ABRAP. Note that some of these documents are accessible on the Transport Canada website: