A Service Difficulty Report (SDR) was previously submitted by an operator describing a condition where the emergency manual gear release system was jammed, rendering the manual gear release system inoperative. Upon inspection, a dislodged and jammed cable was found under the flight deck under-floor area where the cable had jumped a pulley. Refer to the attached picture.

The operator stated that the mis-rigged condition of the manual gear release system was due to the distortion of the cable turnbuckle located alongside the lower floor panel of the forward avionic bay. It is suspected that due to the access through the flight deck floor panel by maintenance personnel that the damage to the turnbuckle inadvertently occurred. 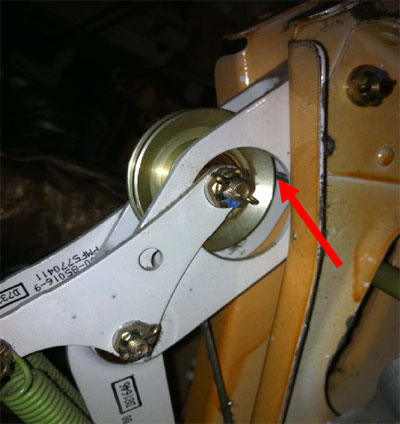 Note:
For the electronic version of this document, please consult the following Web address
www.tc.gc.ca/civil-aviation-safety-alert

For the Director, National Aircraft Certification,