Airport authorities in the United States & Canada, have reported multiple incidents of runway and taxiway surface Foreign Object Debris (FOD). The particular FOD addressed within this Advisory is aircraft pressure refueling caps, which have been identified as a concern by Canadian Airport Authorities and Transport Canada Civil Aviation Inspectors.

The fuel cap FOD issue is not aircraft specific. Aircraft that are most susceptible have pressure-refueling systems in which the fuel caps are mounted underneath the wing without a cover panel. Fuel caps have lanyards to keep them attached to the aircraft; however most of the time they are found damaged, detached or removed.

The fuel caps that have contributed to this FOD issue derive from two possible scenarios:

Airbus has issued a Service Information Letter (SIL) number 28-041, which explains a study regarding the loss of these fuel caps and a comparison with the Airbus original equipment manufacturer (OEM) caps. The study shows that if both these caps are installed correctly there is no risk of detachment. However, to date, no Airbus

OEM caps have been the cause of FOD. This implies that aircraft refueling personnel may have difficulty installing the alternate fuel caps.

The alternate fuel caps that are of concern, and have been identified as the FOD found on the runway & taxiway surfaces, are those manufactured by means of a Parts Manufacturer Approval (PMA) in the United States. The companies identified are Shaw Aero Device and J.C. Carter Co. (now Argo-Tech).

During refueling operations at airports across the country, personnel carrying out aircraft refueling task should take additional care to ensure that the fuel caps are properly engaged and locked into position. Any instance where it is noticed that the fuel cap is missing, should be reported to the operator so that the appropriate investigation can be carried out. With the proper attention and care during inspection and refueling operations, the amount of fuel cap FOD can be eliminated or greatly decreased.

For your information, the following web site depicts a study conducted by a graduate student regarding the fuel cap FOD found of Runways and Taxiways:
http://www.fodnews.com/FuelCaps_new/slide001.htm

Any further defects or occurrences should be reported to Transport Canada, Continuing Airworthiness, Ottawa, via the Service Difficulty Reporting program. 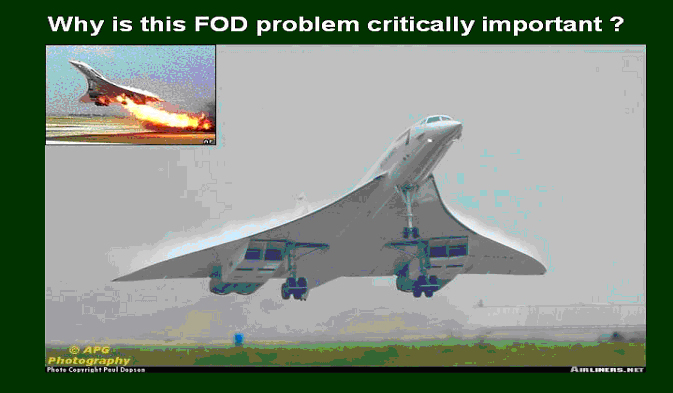