Pursuant to subsection 5.9(2) of the Aeronautics Act and after taking into account that the exemption is both in the public interest and is not likely to adversely affect aviation safety, I hereby exempt Canadian air operators from the requirements of paragraphs 723.22(1)(a) and (b), and 723.22(2)(f) of the Commercial Air Service Standards (CASS) made pursuant to subsections 703.22(1) and (2) of the Canadian Aviation Regulations (CARs), subject to the conditions set out below.

Current paragraph 723.22(l )(a) of the CASS permits only factory built single engine turbine powered aeroplanes to transport passengers at night Visual Flight Rules (VFR) or in Instrument Flight Rules (IFR) condition. (This air transport service is abbreviated as Single-Engine Instrument Flight Rules (SEIFR) in this exemption). This regulation has proven to be very restrictive and specific in its application. It disqualifies the same factory built single engine turbo-prop aeroplane retrofitted with a better performing turbo-prop engine from being given SEIFR authority.

This exemption provides relief from this regulation by granting SEIFR authority to Canadian air operators to operate Cessna Caravan model 208 and 208B aeroplanes retrofitted with Honeywell TPE331-12JR turboprop engine in accordance with the Federal Aviation Administration (FAA) Supplemental Type Certificates (STC) SA02291AK or SA10841SC (see Appendix B and C respectively) and in full compliance with the conditions set out below.

This exemption ceases to apply to a Canadian air operator who breaches any condition of the exemption.

This exemption is subject to the following conditions:

The exemption is in effect from September 1, 2017, until the earliest of the following:

Dated at Ottawa, Ontario, Canada, this 31 day of August, 2017, on behalf of the Minister of Transport.

Relevant provisions of the Regulations and Standards: CARs and CASS

703.22: Transport of Passengers in Single-Engined Aircraft

723.22 Transport of Passengers in Single-Engined Aeroplanes

The standard for transport of passengers in a single-engined aeroplane under IFR or VFR at night is:

Appendix B contains a scanned version of a certified copy of Supplemental Type Certificate, Number SA02291AK, issued in the United States of America by the Department of Transportation – Federal Aviation Administration, issued on July 16, 2007 and amended February 25, 2009, June 11, 2010 and January 18, 2013. This Certificate is issued to Aero Twin, Inc., 2403 Merrill Field Dr, Anchorage, AK 99501 and certifies that the change in type design for Product number:  A37CE, Make:  Cessna and Model:  208, 208B along with the numerous limitations and conditions listed meets the airworthiness requirements of Part 23 of the Federal Aviation Regulations.

There are fourteen “limitations and conditions” listed for this Type Certificate. 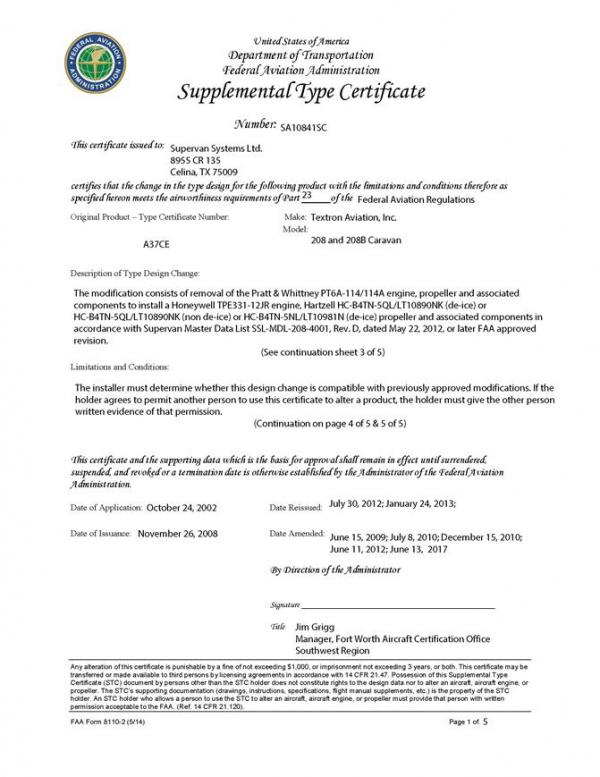 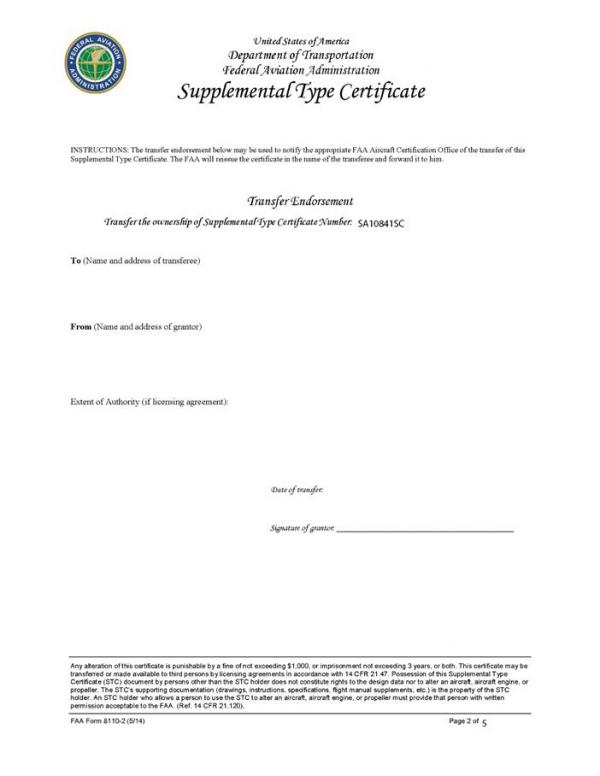 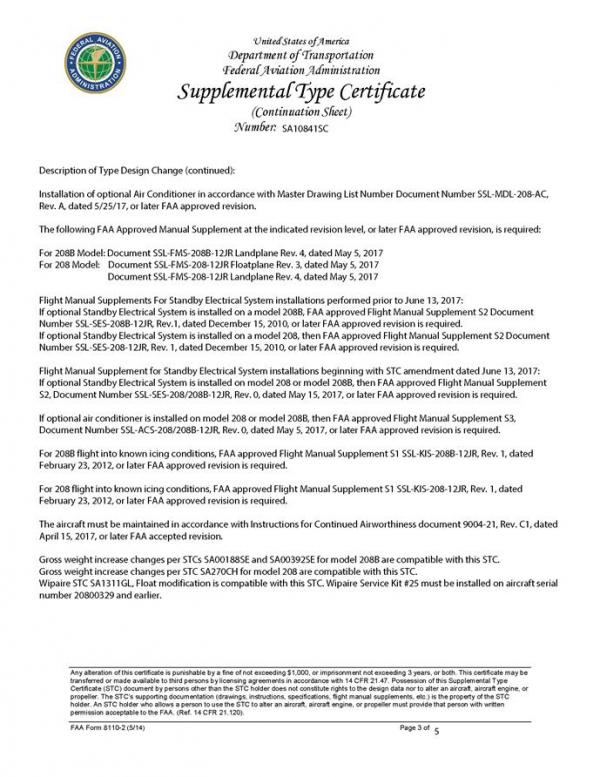 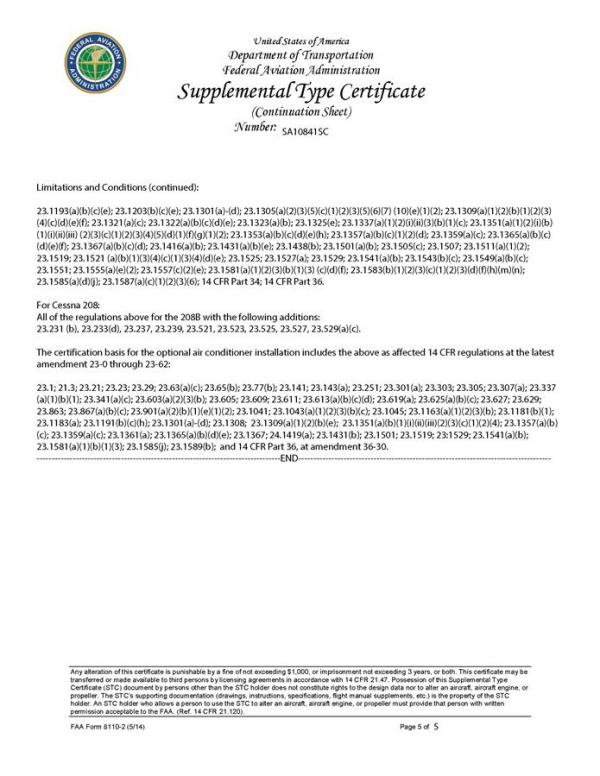