The geographic location of bird and mammal strikes determines how and where reports are filed. As this book concerns primarily North American jurisdictions, this Appendix concentrates on Canadian and American bird- and mammal-strike reporting procedures.

Recognizing that aviation is a worldwide activity, we have suggested a general process to report international bird and mammal strikes. In the event of a strike, however, aircraft operators and pilots should contact the governing aviation regulatory body to determine proper reporting procedures.

Figure C.1 illustrates the process for reporting bird and mammal strikes in Canada, the U.S. and abroad.

Who should report a bird or wildlife strike?

Since effective wildlife-strike measures result from the analysis of available strike reports, it is imperative that all bird- and mammal-strike events are reported by: 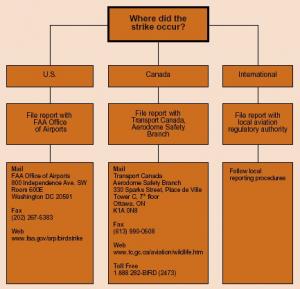 Wildlife-strike reporting forms are available from and should be forwarded to the following organizations: 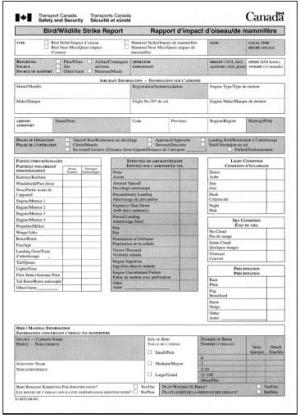 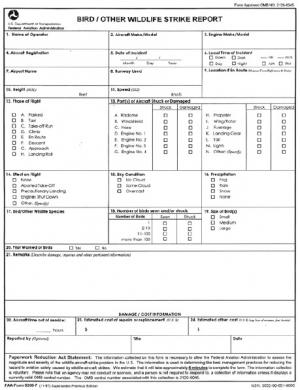