The Minister of Transport’s portfolio is one of the largest and most diverse in the federal government. The following 53 organizations make up the Transport Portfolio:

The graphic below provides an overview of all entities for which the Minister is responsible. 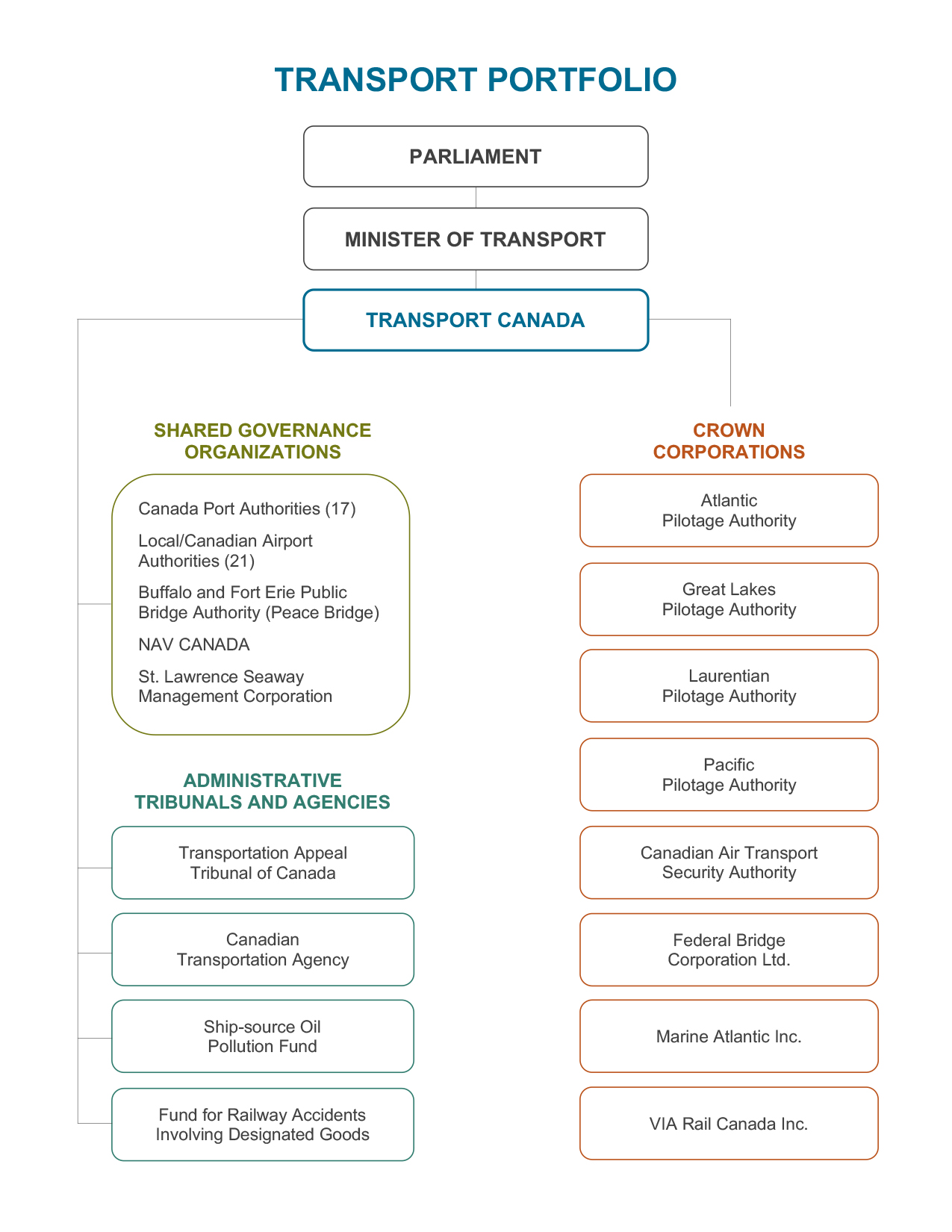