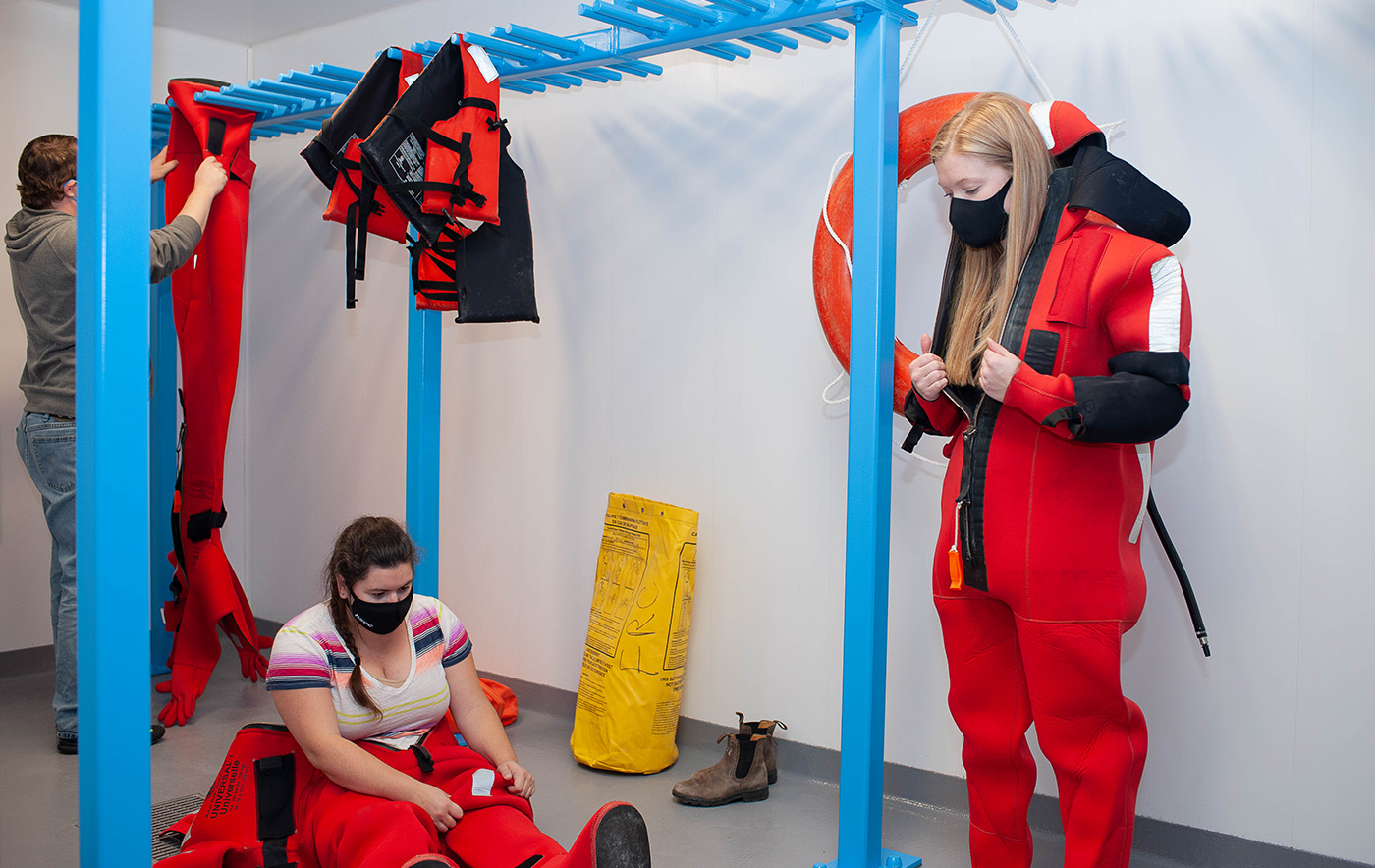 As part of the program, a former hardware store on the Port Hawkesbury waterfront has been converted into the Strait Area Oceans Innovation Hub. This versatile space facilitates diverse marine training activities, providing long-term solutions for training students. Nova Scotia Community College expects to train about 95 students each year at this location. The site will also serve as an orientation site for all marine students boarding training vessels at the Port Hawkesbury Wharf.

“The [Building Bridges for Women and Indigenous Peoples in Marine Training] program has transformed the lives of women and Indigenous students by giving them successful lifelong career opportunities at sea,” said Capt. Vivek Saxena, Principal of the NSCC Strait Area Campus.

Ninety-six students have completed courses through the program so far.

The Oceans Protection Plan has made important investments in marine safety in the Arctic, including:

Desmond Raymond is a senior advisor and Arctic Liaison for the Oceans Protection Plan. This is his story:

“I help coordinate Canada’s efforts working with all of our partners in our Arctic to meet the objectives of the Oceans Protection Plan, and help improve how we manage and protect our Arctic together.

I’m inspired by the partners I’ve worked with and learned from over my years in the North. My interest and passion for the Arctic started when I was a kid growing up in Newfoundland. I would read about Arctic exploration and the role that Newfoundlanders, like Captain Bob Bartlett, played in it.

As I travelled and worked in the North, my education was exponential and came from the knowledge shared with me about the region, its Inuit history and culture, and the challenges faced. My learning continues, and I take it as a gift. As an artist to have time on the land, water and ice – inspiration is endless and I try to capture the beauty of the North that I’m privileged to experience.”

In the Canadian Coast Guard’s Atlantic Region, Oceans Protection Plan investments have established three new search and rescue stations in the coastal communities of St. Anthony, Old Perlican, and Twillingate in Newfoundland and Labrador. But it takes more than just infrastructure to create a world-leading marine safety system. 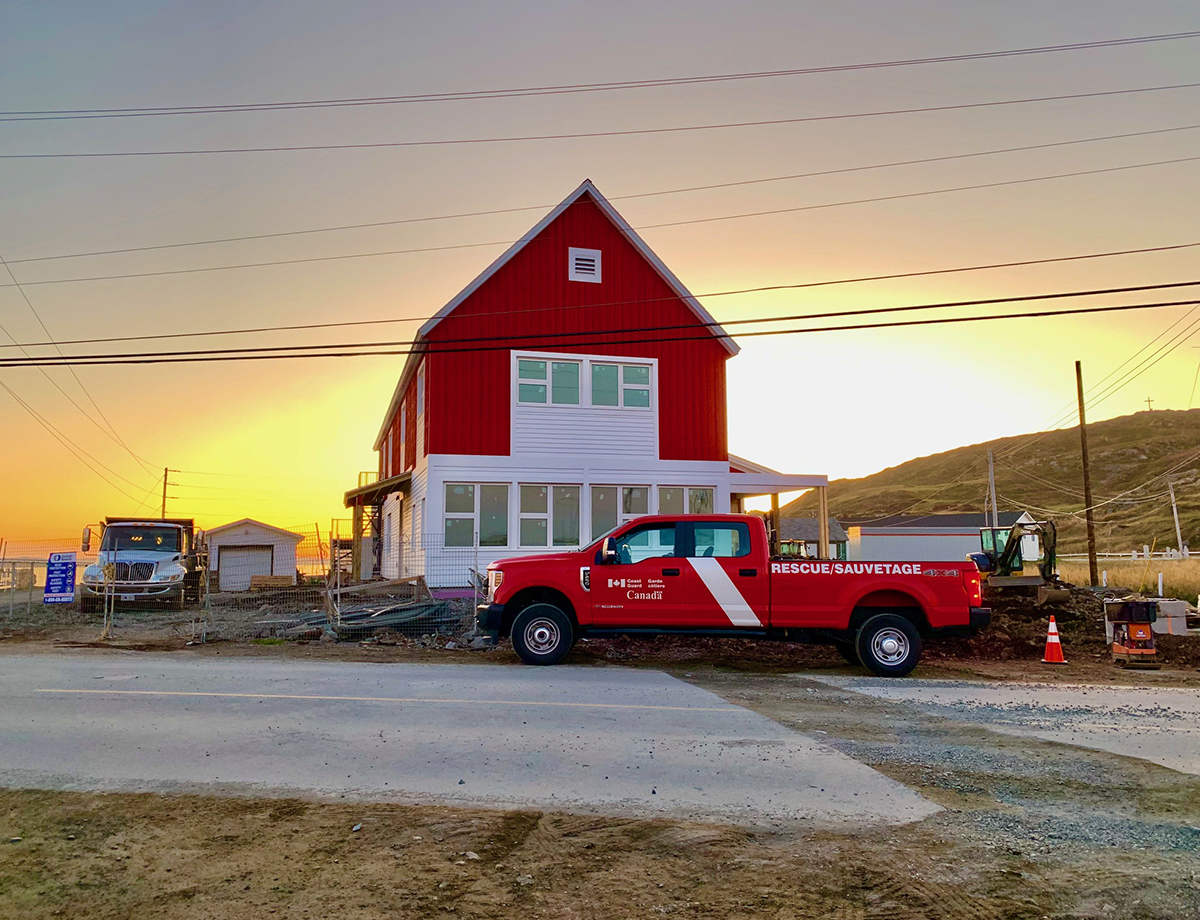 Jody Walsh is a chief engineer in Old Perlican. Walsh used to travel 900 km to work every two weeks from his hometown. Now he drives less than 20 minutes. Besides the eight new Canadian Coast Guard jobs in a town of just over 600, as a former fish harvester, Walsh knows what the station means to local mariners.

“It’s the security of going fishing knowing the Coast Guard is here if help is needed.”

Aaron Coffin is a Commanding Officer in St. Anthony, his hometown. Before joining the Canadian Coast Guard, Coffin captained an oil tanker, sailing away from his young family for six or more weeks at a time. His message to local mariners? “If you’re in distress, please call the Coast Guard first. That's what we're here for.”

What does it mean to a coastal community to see that red and white building and new first-responder crews in town? Gordon Noseworthy is a former mayor and now harbour master in Twillingate. His job keeps him in contact with local fishing vessels and pleasure boats. Noseworthy notes the positive effects of the new station, including spinoff for local businesses. He says places like grocery stores and service stations are busier.

“Feedback from the community has been all positive.”

The Government of Canada is working together with Indigenous communities to deliver the commitments of the Oceans Protection Plan. Doing so, while recognizing the value of traditional Indigenous knowledge, is key to protecting Canada’s oceans and waterways.

Canada has signed several partnership agreements with Indigenous Peoples across the country to advance the Oceans Protection Plan through the Indigenous and Local Communities Engagement and Partnership Program. One such example was signed in March 2019, between the Government of Canada and the First Nations Fisheries Council of British Columbia (FNFC).

Learn how the Indigenous and Local Communities Engagement and Partnership Program is supporting Indigenous communities to help manage coasts and waterways across Canada.

Keeping you safe on the water: The Marine Weather Information Services Initiative

Environment and Climate Change Canada has a history of providing marine forecasts to mariners who need the information to safely navigate Canada’s ports, waterways and oceans.

These forecasts have improved over the last four years, through the Oceans Protection Plan’s Marine Weather Information Services Initiative. As part of this pilot project, Environment and Climate Change Canada is providing fishers, pleasure craft boaters, shipping vessel operators, and other mariners with more detailed and precise weather information.

Standard marine forecasts include a two-day forecast and a five-day outlook for winds, weather and sea conditions. As part of the new initiative, five state-of-the-art weather buoys have been deployed for the East and West coasts. They provide data on wind speed and direction, wave height and wave period, as well as air and sea temperatures.

Using the MetPort website, mariners can see (in near real-time) the observations from the buoys. New short-term hourly forecasts for winds, waves, and weather are provided, as well as model-generated, probability-based, long-range forecasts. Environment and Climate Change Canada is looking for feedback on these increased services through the website.

Canada’s coasts are our playground, our workplace, and a source of inspiration and pride. That’s why Canada has a world-leading marine safety system to protect them.

Canadians expect this marine safety system to protect our coastal environment while supporting the shipping that creates thousands of jobs and stimulates our economy. That is why the Government of Canada continuously seeks to strengthen this system, working with the maritime industry, coastal and Indigenous communities, scientists, the international community and all Canadians.

Check out Marine Safety 101, a new website to learn more about how Canada prevents and responds to ship-source oil spills.