Pollution Prevention in the Canadian Arctic

The Arctic Waters Pollution Prevention Act (AWPPA) currently applies out to 100 nautical miles and prohibits any discharge of waste (zero discharge) except untreated sewage. The AWPPA applies to Arctic waters and does not deal with pollution of the air from ships.

The Regulations for the Prevention of Pollution from Ships and for Dangerous Chemicals Division 6, under the Canada Shipping Act (CSA) 2001 deals with air pollution, which covers the Arctic as well as all waters under Canadian jurisdiction. Section 161 deals with emissions from ships within one nautical mile of land. 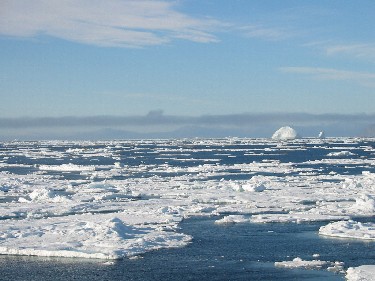 Canadian waters as recognized by domestic legislation, including the Oceans Act, CSA 2001, Marine Liability Act, and the Marine Transportation Security Act, extend to 200 nautical miles seaward of the baselines, the Exclusive Economic Zone, as permitted by UNCLOS – United Nations Convention on Law of the Sea.

Discharge provisions of the CSA 2001 apply in waters under Canadian jurisdiction (from the baselines to 200 nautical miles offshore). However, the AWPPA applies a stricter standard up to the limits of its current applicability (100 nautical miles from the baselines) in the Arctic. MARPOL Convention Standards do not apply to these Arctic waters, as Canada's ratification of the MARPOL specifically excludes the Arctic north of 60° N latitude.

When the AWPPA limit of application is extended to the Exclusive Economic Zone at 200 nautical miles offshore, the zero discharge regime will be increased accordingly.

Under the rubric of Canada’s Integrated Northern Strategy, steps are being taken to amend the Arctic Waters Pollution Prevention Act by extending its application from 100 nautical miles to 200 nautical miles (the limit of Canada’s Exclusive Economic Zone as established by the Oceans Act and as permitted by UNCLOS ). This will have the effect of prohibiting MARPOL discharges in Canadian Arctic waters.