The Roseway Basin, located approximately 20 nautical miles south of Cape Sable Island, Nova Scotia, is a critical habitat for North Atlantic right whales, which have been observed to gather in the area on a seasonal basis in Canadian waters. This critical habitat is also located near key shipping routes. The Roseway Basin is a known feeding and socializing habitat for this endangered species, of which it is estimated only 336 individuals remain. 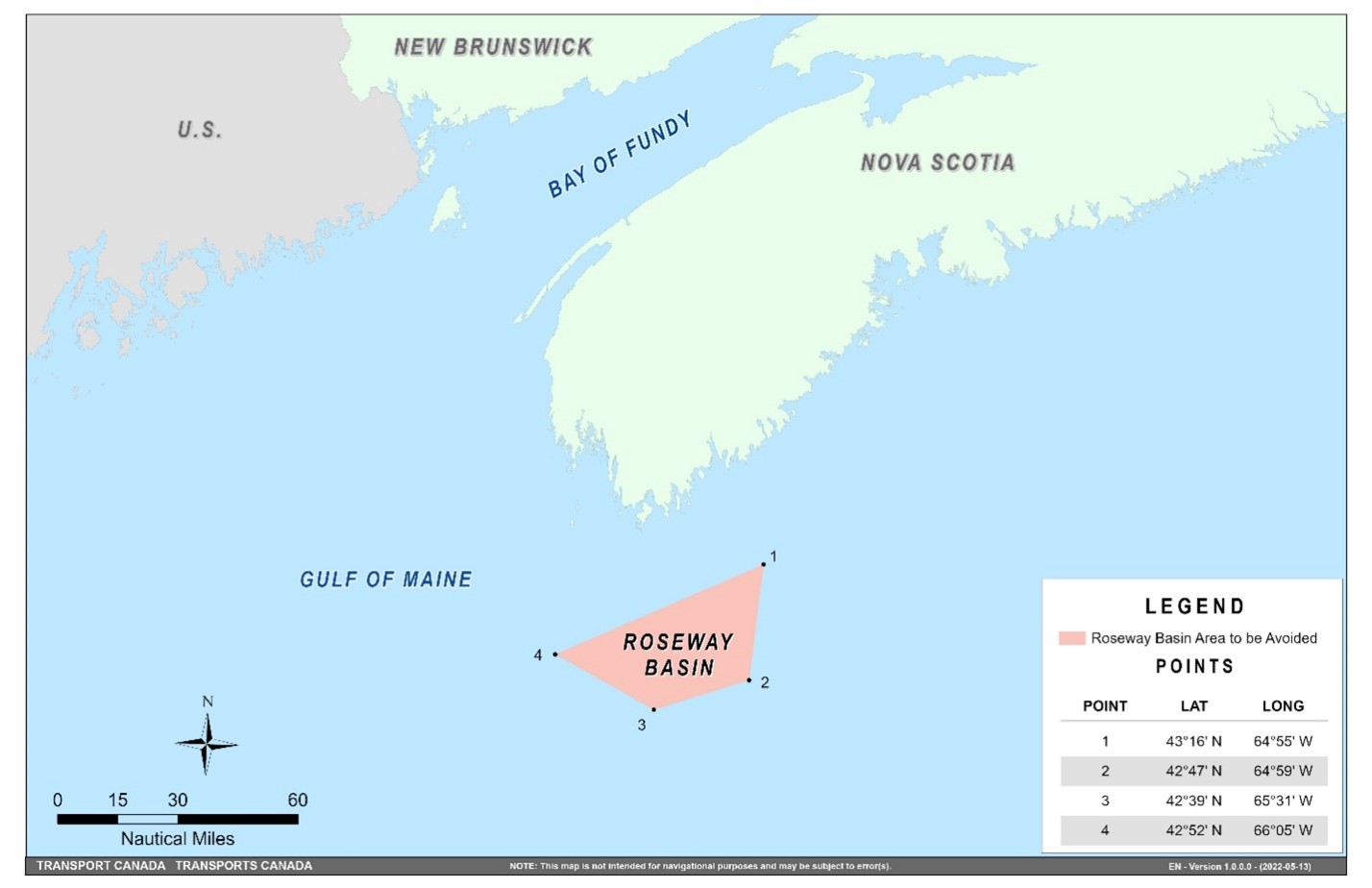 Area to be avoided

In 2007, Canada, with the support of many groups with varied interests, proposed to the International Maritime Organization the establishment of a seasonal Area to be Avoided (ATBA) in the Roseway Basin to protect North Atlantic right whales. This would apply to vessels of 300 gross tonnage and more annually from June 1 to December 31. These seven months are when the largest percentage of North Atlantic right whales is anticipated to be in the area and when the risk of a collision with a vessel is higher. Overall, the Area to be Avoided should have a minimal impact on transiting vessels. This safe and efficient ATBA designation for Roseway Basin would make it a much safer place for North Atlantic right whales in their natural habitat and would help support its’ recovery.

The International Maritime Organization accepted and adopted Canada’s proposal and in April 2008, the designated seasonal Area to be Avoided was officially announced and has been in effect annually from June 1 until December 31.

To reduce the risk of vessels colliding with North Atlantic right whales, it is recommended that vessels of 300 gross tonnages and more, in transit during the period of June 1 through December 31, avoid the Roseway Basin area.

In addition to this designated Area to be Avoided for larger vessels, smaller vessels are also encouraged to avoid passage through this area. If passage is necessary within the Area to be Avoided, it is recommended that all mariners decrease their vessel speed to no more than 10 knots, when safe to do so.

Internationally, the Area to be Avoided is also periodically circulated in the IMO Ships’ Routeing publications.

The Roseway Basin’s recommended seasonal Area to be Avoided designation is one of several measures Canada has put in place to protect North Atlantic right whales.