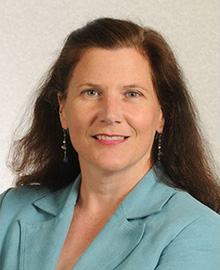 Dear Friends and Partners of the Oceans Protection Plan,

The land on which I write this letter is part of the traditional Territory of the Anishinabe Algonquin Nation people. As you are reading this letter from coast-to-coast-to-coast, I encourage you to take a moment to reflect on the importance of Indigenous reconciliation. The ongoing work of Canada’s Oceans Protection Plan (OPP) cannot be accomplished without unprecedented collaboration with Indigenous peoples and coastal communities.

In November, we marked the fourth anniversary of the Oceans Protection Plan. Please read our Report to Canadians: Investing in our coasts through the Oceans Protection Plan, which lists hundreds of projects that have strengthened marine safety and the protection of our coasts and waterways since the Plan was launched in 2016. In this edition of the newsletter, we are highlighting some of these projects that are occurring from every coast—from the Pacific to the Arctic to the Atlantic.

We would like your feedback on what has worked, what could be improved, and what work is left to be done. Leave feedback and/or comments on the Let’s Talk Transportation portal or email us.

I am proud of the work that has been accomplished during this challenging year, especially how government organizations and partners transitioned to virtual engagement to continue delivering on the important commitments of the Oceans Protection Plan.

Megan is a biologist who specializes in marine bird and terrestrial wildlife at Environment and Climate Change Canada.

“I work for the Canadian Wildlife Service in Delta, BC as the Wildlife Emergency Response Coordinator. I’m part of a national team of coordinators that develop our approach to protecting wildlife and their habitats during an environmental emergency. We use our wildlife data and data collected by many partners to support risk assessments and the development of response strategies during marine incidents.

A healthy marine ecosystem is not only central to maintaining ecological priorities, but it supports our recreational, traditional, and commercial interests. Having worked across the BC coast, I have been able to appreciate firsthand the incredible diversity and richness of our ocean and coastline. Maintaining the health and beauty of these natural resources is central to my values as a Canadian.

I am continually inspired by these amazing marine birds. Many migrate and forage over vast distances, affording us a unique window into the health of the whole marine ecosystem. I am equally inspired by the passionate people from many organizations who come together to protect marine wildlife and habitats during an incident.”

The Oceans Protection Plan has made important investments in marine safety on the west coast—not just for humans, but also for wildlife. These efforts are contributing to baseline information on marine bird abundance, distribution, movements, and health, and include:

Partnerships in the East Coast ecosystems

“As a public servant, it is satisfying to contribute to such exciting work that makes an impact in coastal communities, says Lindsey Weber, a Senior Policy Advisor with Fisheries and Oceans Canada in Halifax, Nova Scotia. Through working on the Oceans Protection Plan with colleagues and partners, we are contributing to the vitality of ecosystems and industries in Atlantic Canada.”

The Oceans Protection Plan is working to preserve and restore the Atlantic’s coastlines and marine ecosystems, supported by strong collaborative partnerships across a range of areas, such as:

Learn more about how these continually evolving projects, such as environmental response, maritime search and rescue, and many others, are being successfully implemented towards the overall aim of better protecting Canada’s Atlantic coasts and waterways.

Along with specific measures put in place on both the Pacific and Atlantic coasts, some new innovative projects are underway to support the survival and recovery of the Southern Resident killer whales and the North Atlantic right whales, such as:

In 2017 and 2018, the Comité ZIP du Sud-de-l'Estuaire was awarded two funding grants from the Coastal Restoration Fund, as part of the Oceans Protection Plan, in order to rehabilitate fish habitats in six ecosystems on the south shore of the St. Lawrence Estuary. These grants had a major impact on the Comité ZIP’s activities by enabling it to undertake major work and ensure the growth of its expertise and knowledge of the territory as well as the hiring of coastal specialists in its team.

The reshaping of several beaches, thanks to geomorphological expertise and state-of-the-art technical tools, was carried out and has offered impressive results in the restoration of beaches at Notre-Dame-du-Portage and Notre-Dame-des-Neiges. The replanting work in the upper beaches, coastal marshes, and eelgrass beds at Isle-aux-Grues, Rivière-Ouelle, and Saint-André-de-Kamouraska is promising. Such work requires sufficient time and funding to allow logistical and rigorous monitoring to ensure the sustainability and preservation of the habitats.

Following the success of this first experience with the Coastal Restoration Fund, the Comité ZIP du Sud-de-l'Estuaire will continue its monitoring and will soon complete the restoration work planned under these agreements. However, the success of these interventions will be measured when nature recovers its place and provides rich and resilient ecosystems.

Each day of the Forum was based on a pillar of OPP: environmental protection, prevention, and response. Fifteen different OPP initiatives were explored. The planners developed the Forum’s agenda to best meet the targeted initiative’s objectives, based on whether to get feedback on their initiative, to develop partnerships for pilot projects, or to communicate updates. Sessions varied from information briefs, to panel discussions and workshops.

For the first time at an OPP Dialogue Forum, a panel discussion on Day 2 focused on Indigenous partnerships and collaboration for OPP projects. On Days 1 and 3, two panels with senior representatives from Transport Canada, Fisheries and Oceans, Environment and Climate Change Canada, and Canadian Coast Guard took the opportunity to answer questions about OPP and reflect on the challenges and lessons learned since the Plan began in 2016.

The majority of Forum participants indicated they have a better understanding of OPP initiatives and appreciated the opportunity to attend focused sessions on topics of interest.

A “What We Heard” report is being prepared and should be available in March.

Sealifts in the Arctic

In November 2020, the Government of Canada announced funding for sealift improvements in nine Nunavut communities. The scope varies for each community, but includes features such as new access roadways, heavy duty traction systems, barriers between sealift areas and community boat launches, security offices, lighting, and signage.

Although the term ‘sealift’ often has military implications, in the context of coastal communities in northern Canada, it refers to the annual shipping re-supply of goods like fuel, vehicles, food, building materials, and other imports, generally performed between July and October. This is the most common method of re-supply used for coastal communities in northern Canada because ships and barges can move large cargo and are generally less costly and more effective than aircraft.

Many northern communities do not have adequate infrastructure and equipment in place to accommodate unloading supplies from barges and ships, which can impact the efficiency and safety of a sealift operation. With the funding contributions awarded under the first call for proposals for the Safety Equipment and Basic Marine Infrastructure in Northern Communities initiative, the Government of Nunavut engaged with coastal communities across the territory to identify infrastructure needs that would support marine resupply operations. This led to the development and selection of various projects, including sealift improvements in the following nine communities: Arviat, Baker Lake, Cambridge Bay, Chesterfield Inlet, Kinngait, Kugaaruk, Qikiqtarjuaq, Rankin Inlet, and Taloyoak.

With simple enhancements like the delineation of sealift and community boating areas, the addition of security offices, and the improvement of lighting and signage, the sealift improvement projects in Nunavut will improve safety for onlookers, boaters, and workers. It will also secure cargo and expedite the movement of goods. The increased efficiency is expected to reduce mooring time, and with it, the risk of pollution incidents.