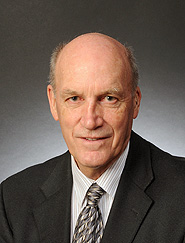 Dr. Michael Sinclair is the former Director of the Bedford Institute of Oceanography in Dartmouth, Nova Scotia. He holds a Ph.D. in Oceanography from the University of California’s Scripps Institution of Oceanography. He also attended Queen’s University in Kingston, Ontario and Southampton University in the U.K., where he earned his B.Sc. and M.Sc., respectively.

After positions at the Scripps Institution of Oceanography and the Université du Québec à Rimouski, Dr. Sinclair joined the Bedford Institute in 1978. By 1988, he was appointed to the position of Director, Biological Sciences Branch for the Department of Fisheries and Oceans at the Bedford Institute.

In 2000, Dr. Sinclair was appointed Director of the Bedford Institute and Regional Director of Science, Maritimes Region, for the Department of Fisheries and Oceans.